[Guangzhou Dehong] In the late Qing Dynasty, the Qing government introduced the Western coin management system and adopted the Western mechanical printing and casting mechanism coins. The Guangxu Yuanbao came into being. Guangxu Yuanbao occupied a dominant position in the commodity circulation market at that time, and gradually withdrew from the historical stage with the end of the feudal dynasty. In a certain period of time, due to historical baptism and the outbreak of war, the Guangxu ingot gradually became more rare. As the honorary product of the modern mechanism currency, Guangxu Yuanbao has a very high cultural connotation and collection value. Now it has become a major category in the coin market. The market value has been rising year by year and has been cherished by collectors. 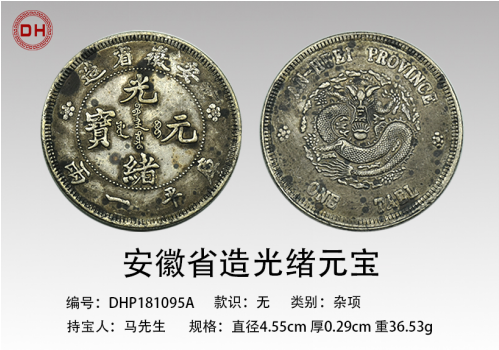 Recently, Dehong Company has been fortunate to collect Mr. Ma's Jiangxi Province to create Guangxu Yuanbao, with a diameter of 4.52cm, a thickness of 0.29cm and a weight of 35.5g, which is a mechanism coin. The front and back sides are clear, the rust is natural, the patina is mellow, and the appearance is intact. It has a very good collection investment value. In the front bead circle of this Guangxu ingot, read the "Guangxu Ingot" directly, the heart of the coin is the Guangxu ingot of the full text, the upper ring of the bead ring is "Jiangxi Province", and the lower ring "Kuping one or two" is used. Six-petal flower decoration; the back central Snapdragon rises from left to right along the edge, the eyes are like a torch, the domineering power, the dragon claws are open, lifelike, full of dynamic, the upper ring of the dragon pattern "CHE-KING PROVINCE" The words below, the words "ONE TAEL" in English, the left and right sides of the six-petal decoration, and the money surface correspond to each other. Jiangxi Guangxu Yuanbao is an important witness of politics, economy and life in the late Qing Dynasty. It has a profound cultural heritage. Its unique historical value and artistic value are also deeply recognized by collectors and worthy of collection. 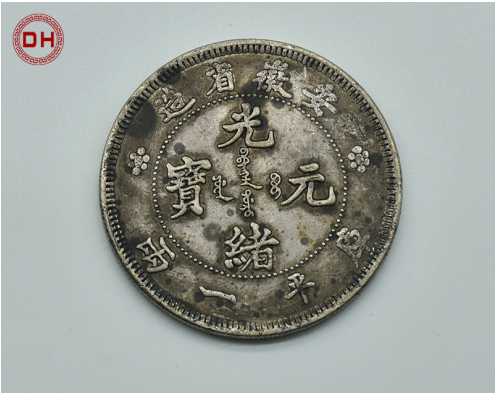 The late Qing Dynasty was a special historical period. Not only did Manchu culture blend significantly, but even Western culture gradually penetrated into politics, economy, culture, and life. This unique social phenomenon is also reflected in the mechanism coins at the time. The positive integration of Manchu culture can be seen from the front of this Guangxu ingot in Jiangxi Province. The back of the money clearly marks the intervention of Western culture and has distinct characteristics of the times. The coin image is clear, the shape is regular, the patina is boned, the old is natural, the craft is exquisite, the font is smooth, the ornament is smooth and elegant, the ring teeth are convex, the grain is clear, especially the dragon figure on the back, the dragon is carved and ready to come out, vividly It has a super high artistic appreciation value, and its economic value is high and its value is extraordinary. 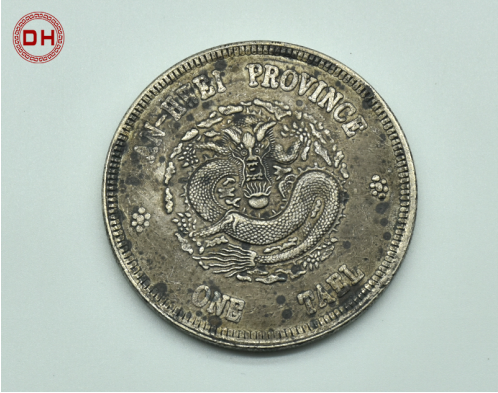 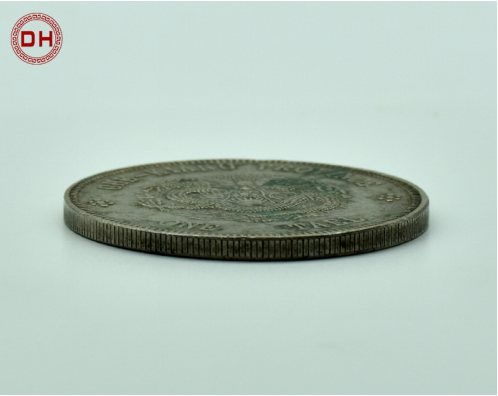 The modern mechanism currency has a strong historical atmosphere and is a collection of valuable revolutionary cultural relics. It has far-reaching commemorative significance in the history of coins. From the point of view of collection, with the passage of time, the market stock of modern mechanism coins is becoming more and more scarce, and the good quality is rare. It has become the “old and rare” collection of the coin market, attracting many collectors to spare no expense. Guangxu Yuanbao is an important carrier of the social status and economic situation during the Guangxu period. It is well-known and widely influenced in today's collection market. It is regarded as one of the top ten honorary items in modern Chinese coins, and is among the many ancient coins. By. Therefore, it has been widely received and favored by collectors in the trading market, and it has undoubtedly become a target pursued by collectors. If you want to collect Mr. Ma's Jiangxi Province Guangxu Yuanbao, please call Dehong Company for more details.